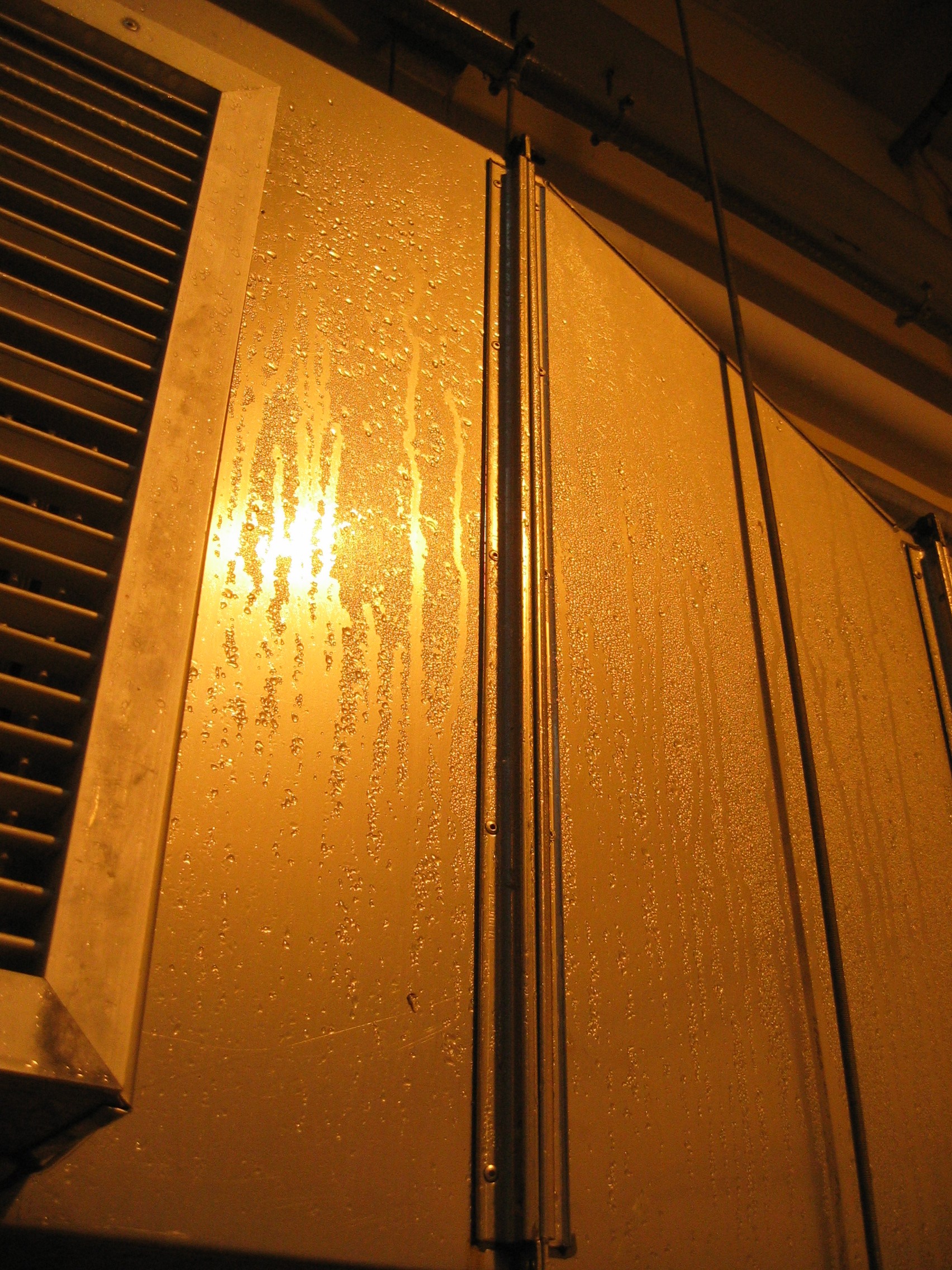 In the wing processing room (1,200m3 at 4-6oC), the cleaning team are given 2 hours and 30 minutes to do their job. Before, the fifteen technicians' visibility was limited to 50 centimetres due to the fog formed by the water jets working at medium pressure, recalls Oliver Bourhis, Factory Manager. "We installed a dehumidifier, supplying 2,000m3 per hour in a plant of 50,000m3. Since then the visibility has been increased to 15 metres!"
"We wanted to prevent water droplets forming on the ceiling, following advice from the health authorities," Olivier Bourhis emphasised.

The dehumidifier has enabled droplets to be absorbed at ceiling level as well as liberating 10-15% of the energy capacity of the cooling equipment working in cold conditions. This has allowed the temperature of the work room to be lowered from 8oC to 6oC.

A small dehumidifier is also situated at the air-locked door to the static deep-freeze tunnels (at -30oC) in order to limit the amount of water droplets created there, due to the difference in temperature, and also to tackle the problem of frost formation on the floor caused by the falling droplets. Another can be found at the dispatch quay for frozen goods.

A dehumidifer is also used to limit the frost in the spiral deep-freeze tunnel. Halting production in order to defrost and clean are less frequent, now taking place every 21 hours instead of every 8 hours. The dehumifier also translates into an increase in returns on materials and energy. With no frost to contend with, the energy exchanges are better which results in the tunnel running more quickly.

Olivier Bourhis, Factory Manager at Arrivé's Essarts poultry plant said "We wanted a simple technical solution, which would work well with our refrigerating system and be energy-efficient.

The Essarts poultry plant in France has resolved its problem of frost, condensation and water droplets by drying the air.

Manufactures quickly realised that it is in their interest to regulate the temperature in factory workshops but are less quick to tackle humidity in the atmosphere. The presence of water in the atmosphere, however creates favourable conditions for bacterial growth and causes discomfort for operators working in cold conditions. The Arrivé group's Essarts plant, with a 650-strong workforce and processing 450,000 birds per week, has taken an important step through the acquisition of six Munters dehumidifiers, to resolve their humidity problems.